Which CV is making noise?

Joined 7 mo ago
·
9 Posts
How can I check which CV is making clicking noises? Usually makes a clicking noise while full lock left, however has started to make noises when full lock right. I did put a new CV right side shaft 12 months ago.

The Holden Guy said:
How can I check which CV is making clicking noises? Usually makes a clicking noise while full lock left, however has started to make noises when full lock right. I did put a new CV right side shaft 12 months ago.

CV JOINT NOISE – WHAT CAUSES IT AND HOW TO FIX IT
Click to expand... CV Joint Noise 🏎️ What Causes It And How To Fix It

The CV joint is a special component located on the front wheels at the end of the drive shaft. If it's faulty, it results in CV joint noise.

2004 TL Magna(aka Diamante) AWD, 6g75 engine, F5A51 automatic trans.
Joined 12 mo ago
·
338 Posts
This second site confirms the above about which side is making the noise:

Joined 5 mo ago
·
97 Posts
There are usually two CV's on a drive shaft, inner and outer.

I used to change just the outer when it was noisy but I have changed the whole drive shaft on the last one I fixed, it was not much more expensive and a LOT simpler (Nissan Micra)
The inner was also clickey if you rocked the wheel with the car in gear.
Changing the outer means splitting the CV off the end of the drive shaft, swapping the whole driveshart is easier.

Your mileage may vary but if the CV boots are damaged (inner or outer) the CV is probably ruined.
T

Joined 7 mo ago
·
9 Posts
According to videos above it's quiet likely the 12 month old shaft on the right is making noise.

On a side note, I noticed at a U Pull it wreckers some Magnas have a weight on the left side shaft, out of interest what is it for?

On another topic; I've having a problem with shudder going up hill at 100 kays, on the flat it's fine. The CV shaft have no play or movement, swapped tyres from front and back if there was an balancing issue. What could be causing the problem?

I have not experienced this myself with my TL AWD 5 speed, but the condition is not uncommon.

I will take a guess, and suggest that it is your auto gearbox, and the torque converter.

I've sent a message to orlioe to see if he can update, I have same car ( australia here we have automatic version from 2003 quite popular still many on the road). I have had a shudder problem seems almost exact same thing.
Some minor differences, I can get the shudder in 3rd and 4th gears. I occurs at low rpm going up hill, I drive in car in manual mode so I can keep the revs up and I get no shudder. But hoping to solve the problem of course.
It appears to be shudder coming from the left side of the front, so I too changed the left front driveshaft...no change.
I also change some suspension rubbers, in fact most of them, it didn't solve it but did seem to reduce it slightly.
Click to expand...

For a lengthy description of how to possibly fix it in early - mid 2000's Mitsubishi auto 'boxes see:

Bought this Outlander recently. The problem appears when cruising or slowly accelerating on 4 gear (auto) around 1600-1800. Heavy rattle starts and if keeping same gas pedal position and rpm it may last forever. The whole body is shaking from the rattle. If I release the gas pedal or slightly... 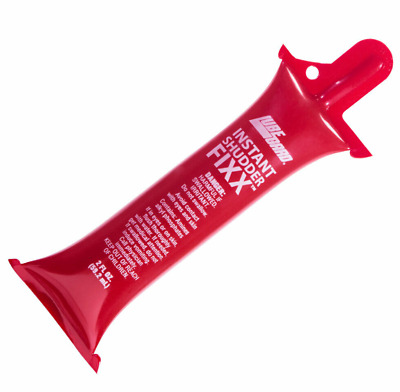 The Outlander and Magna use similar gearboxes AFAIK - F4A51/F5A51

Other gearbox additives/treatments might work equally as well, but it is good to know that a fix is available relatively painlessly - if your condition is the same as his.

P.S. Have you ultimately fixed the CV problem?
T

Joined 7 mo ago
·
9 Posts
Thanks, I'll try the Lubeguard. How many do I need?

Yes, I have fix the noisy CV problem. It was the Inner CV on the "new" shaft, rather disappointing it failed after 18 months.

That would change out about 4.5 litres of fluid.

This can be done at home without too much trouble.

If you are still experiencing shuddering, then I would try half a tube of lube guard.